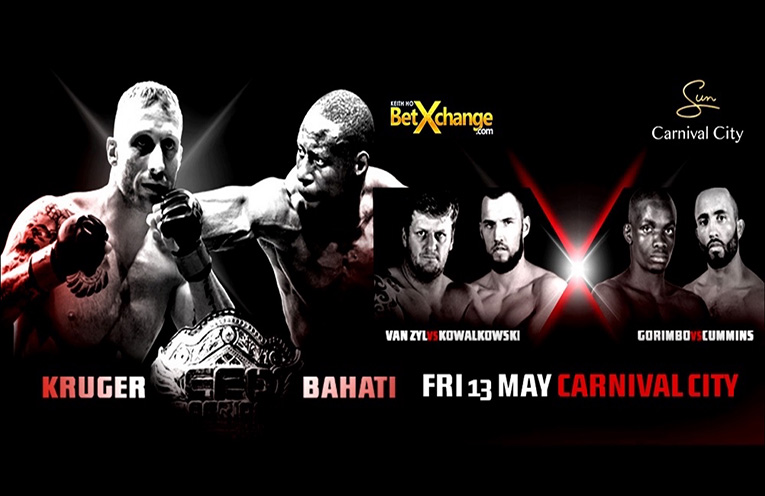 EFC did it again, Great night of fights!

Starting the main card off with a bang was Brendon Katz and Wesley Hawkey and boy did it start off with a bang. Katz out for revenge after his loss to Hawkey at EFC 33, looked very impressive in his last outing in the hexagon. However he could not deliver on his promise in the build up to be more challenging. Ultimately it was Hawkey with the superior striking that got the job done.

Wesley Hawkey defeated Brendon Katz via KO (punches) 1:28 in round 1.

Next up we had FFM team member, JP Buys who moved up a weight class to fight Abdul ‘Hollywood’ Hassan an EFC vet. JP looked very relaxed and dominated from the first bell. JP an extremely good wrestler showed superior skills in all aspects and got the victory via TKO. Buys will be very confident following this performance and surely a contender for gold in either flyweight or bantamweight.

JP Buys defeated Abdul Hassan via TKO (punches) 2:06 in round 1.

JP’s FFM team mate, Themba ‘The Answer’ Gorimbo faced off against Joe ‘Silk’ Cummins’ fellow Brit and team mate of Yannick Bahati. Fans at Carnival City started booing when Gorimbo would not exchange with Cummins in what can only be described as a grind out victory. Gorimbo said in the post fight presser that he is a grinder and would avoid striking with Cummins and did what he had to too secure the victory, unanimous decision.

Then it was time for the heavy weights, Andrew van Zyl vs the Polish giant Tomasz Kowalkowski. Van Zyl who dominated for the start of the bout, was the much stronger athlete and could pose his will on Kowalkowski. Van Zyl got the mount with ease and rained down some heavy ground and pound, referee Ferdi Basson stepped in and stopped the fight, 2:41 in round 1.

The main event of the evening saw fan favourite JP Kruger square of against the massive Yannick Bahati. A very unpopular Bahati following the weigh-in feud, would not strike with JP who showed some great striking and looked to have Bahati in trouble early in RD1. Bahati did extremely well to avoid any serious damage and got the fight to the ground where he used his good ground assault to stay heavy on top and secure the victory via Kimura 3:52 in round 1.

Yannick Bahati defeated JP Kruger via Kimura submission 3:52 in round 1

The milestone event, EFC 50 takes place on Friday 17 June at Sun City in North West Province. One not to be missed as new welterweight champion will be crowned, as David Buirski has elected to vacate the welterweight title, leave the division, and has decided to move up in weight class to compete as a middleweight. Setting up a fight between Du Plessis vs. van Staden for the vacant gold!

This mega matchup and much more is set for the landmark EFC 50 event taking place at Sun City, the ultimate entertainment and holiday destination.